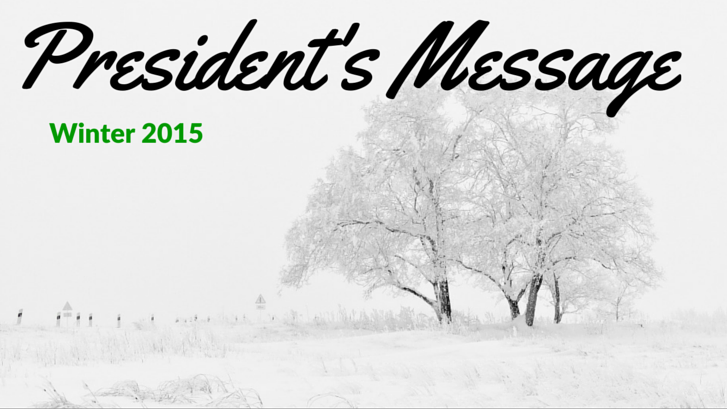 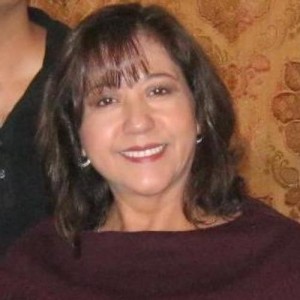 On November 12-14, I had the honor to represent the Federation for Catechesis with Hispanics (FCH) at the “Laudato Si’ Conference offered by the Catholic Climate Covenant organization in Washington, D.C.  As part of the conference, I was invited to participate in a panel to engage the papal encyclical Laudato Si’ with the gifts and challenges for catechesis, particularly in catechesis with Hispanics, and to offer insights about how we (FCH) is implementing or planning to implement the encyclical into our ministry. Here is my entire presentation given on Saturday, Nov. 14, 2015.

The Federation for Catechesis with Hispanics is a federation of the National Conference of Catechetical leaders (NCCL) which has a strong national leadership in the area of evangelization and catechesis.

There are seven points I’d like to address in this presentation:

1. Our roots – What are the roots of the Hispanic Community?

Most Hispanics have experienced a strong relationship with the earth themselves or through their ancestors. Mesoamerica ancient civilizations like the Mayans in the southern part of Mexico and Central America, the Aztecs in Mexico, and Incas in Peru were civilizations that developed an agriculture society that adapted to their environment and care for the earth. The region where these civilizations flourished is called Mesoamerica before the Spanish colonization of the Americas in the 15th and 16th centuries happened.

To help us in understanding this reality, I have taken the following excerpts from a commentary on the Laudato Si’ Encyclical done by Rev. Eleazar Lopez Hernandez, who is a Mexican Catholic priest from the National Center of Help for the Indigenous Missions (Centro Nacional de Ayuda a las Misiones Indígenas).  He begins by saying, for the Mesoamerican, God is the heart of Heaven and Earth. Humans were created by God to help him in the task of raising the heaven on earth. The Indigenous people have in the myths and the ancestral wisdom of peoples, seeds of a new and just world, where life is possible with peace and harmony, and where the ideal of Christ can also be realized “I came that they may have life and have it abundantly” (Jn 10, 10)

For the Mesoamerican indigenous people, the land is not ours; rather we belong to the land. We live by it, we are in it, and we end in it. Sowing the land is not really a job, but a loving relationship or collaboration with the land to give us food, as a mother does to her children. Therefore, planting is a (liturgical) sacred act that requires permission and forgiveness; making sacrifices and providing cooperation with the land, keeping reciprocity; because if she suffers to produce, we must also suffer for it. We are call to respect, care for her and defend it against any aggression.

When in Mesoamerica we speak of “house”, we mean the building where we live, but our mind immediately goes back to the category of big house where the community lives, where the people live, and in even greater house, he earth where we exist as humanity. That is, we refer to the planet Earth and the universe, which is the true home of all and everyone.

2. What is the impact of Hispanics in the U.S. today?

According to the Hispanic Ministry in Catholic Parishes, A summary Report of Findings from the National Study of Catholic Parishes with Hispanic Ministry done by Dr. Hosfman Ospino from Boston College School of Theology and Ministry in collaboration with CARA (the Center for Applied Research in the Apostolate), Hispanics make 40 percent of the approximately 78 million Catholics in this country and 25 percent of all Catholic parishes intentionally serve Hispanics. In parishes where Hispanics are present, the number of Catholics attending Mass is larger compared to the overall U.S. Catholic population. Parishes are among the first places Hispanic Catholic Immigrants seek when searching for a familiar experience of community in this foreign land. Parishes with Hispanic Ministry are often centers where Hispanics seek spiritual accompaniment alongside with support to meet other immediate needs.

3. What are the strengths the Hispanic community brings in relation to the key elements expressed in Laudato Si’?

The Hispanic community has a deep understanding of the importance of relationships, of staying connected, especially through the family and community. Faith is central to their profound experience of their relationship with God, one self and others. Most of the 1st generation Hispanic immigrants come from farming backgrounds. By drawing on its rich history and experience on their relationship with the earth and environment, the Hispanic community can offer a unique contribution to the dialogue on the content and context of Laudato Si’ that can be shared through stories that illustrate the Hispanic perspective about how everything is connected. Laudato Si’ affirms the Hispanic culture’s understanding of connectedness, relationships, solidarity, option for the poor, the importance of the earth and its environment, and their trust in God’s providence.

The U.S. Catholic Bishops in their statement, “Encuentro y Mission, A Renewed Pastoral Framework for Hispanic Ministry” state that Hispanics have a profound respect for the human person and value of relationships over tasks or possessions. Personal relationships are at the heart of a spirituality of encuentro and the need to develop strong family, community and parish ties. Hispanics understand culture as an integral part of the human person that should be respected and honored (p 4).

In The Hispanic Presence in the New Evangelization in the United States document, the U.S. Bishops consider the Hispanic presence in our country a great resource given to us by the Lord himself for our struggle against the culture of death. The most important contribution of Hispanic Catholics is the experience of how faith in Christ generates a culture that protects, sustains, and promotes human dignity (p 15).

Many of our liturgical songs like Santa Maria Del Camino (Holy Mary of the journey), Caminaré (I will walk), Juntos como Hermanos (Together as brothers and sisters) proclaim our sense that we are always on a journey, that our life on this earth is not our final destination. This recognition gives us a sense of stewardship rather than ownership.

4. How is Laudato Si’ challenging Hispanics?

5. How can this be accomplished? What types of strategies/methodologies are already in place?

Since the I National Encuentro in 1972, Hispanic Catholics have understood leadership as discipleship, and pastoral ministry as seguimiento (accompaniment).

The Pastoral de conjunto (Communion in Mission) principle has been the key in the promotion of Hispanic Ministry. “Pastoral de Conjunto” refers to the reality of the Church as communion. At its fundamental level, this communion is the expression of God’s desire that all may be one…”Since that communion is a communion of love… every single member is ‘responsible’ for the well-being of the other.

The Pastoral Plan describes communion in mission as a movement “from fragmentation to coordination.” It calls for collaborative efforts and the distribution of resources. To develop a pastoral de conjunto requires the close collaboration in ministry among all ethnic and cultural groups. Pastoral de Conjunto helps to build more vibrant faith communities by making them more welcoming, evangelizing, missionary, and committed to solidarity with the disenfranchised.

The principle of pastoral de conjunto can serve the broader Church by modeling and promoting collaborative ministry as an effective vehicle for carrying out the mission of the Church.

Since the I National Encuentro (1972), Hispanics have used a methodology of pastoral discernment that focuses on the needs and aspirations of the faithful, judges that reality in light of the Scriptures and Tradition, and moves into transforming action. This methodology, known as SEE- JUDGE-ACT-CELEBRATE-EVALUATE, has generated critical thinking and a strong commitment on the part of the leadership to the mission of the Church. This methodology has been applied in the context of a consultation process that promotes participation and works under the assumption that how we do things is as important as what we do.

Hispanic ministry leaders, with the full approval of the U.S. bishops, have articulated a model of Church that is deeply rooted in the reality of Hispanic peoples. As such, this model of Church seeks to respond to the needs and aspirations of the poor, the undocumented, the migrant worker, the incarcerated, and most vulnerable, particularly women and children (Encuentro and Mission: A Renewed Pastoral Framework or Hispanic Ministry pgs. 4-5).

6.  In What specific ways the Federation for Catechesis with Hispanics (FCH) and the National Conference for Catechetical Leaders (NCCL) will implement Laudato Si’?

I would like to end with another piece of Fr. Lopez Hernandez commentary:

Drawing from my experience of being indigenous and exercising the priestly ministry in the Catholic Church, I can say that for the people of the Bible and to the indigenous peoples of Mesoamerica relationship with God necessarily involves the earth, from which we proceed.  So for those who are linked to the native people of this land and for those who feel challenged by the construction of “another possible world” from a new perspective,  we need to understand better both the Christian biblical thought as well as the indigenous thought about the land to take both aspects- that makes today  the soul of the Latin/Hispanic American people, the spiritual richness that mobilizes us to fight for the “new heaven and the new earth” of the gospel of Christ, and the “land without evil” or “flower land” dreamed of by our ancestors; which results in a life in harmony between us and all the daughters and sons of the Mother Earth. By helping to maintain and recreate the personal, social and cosmic harmony, we fulfill our mission of partners and collaborators of God.